The first project of DAC the “Dutch Aeroplane Company” was the design of “the RangeR”, as a start for a complete General Aviation family of aircraft. This project was finished successfully and the airplane is now ready for industrialization.

The “RangeR” is a “composite build" aircraft, due to the use of modern composite materials, design and manufacturing. These composite parts can be compound, and curved for maximum drag reduction and still carry structural loads, at the same time. Cleverly designed to avoid the so called “black” aluminum construction, the number of parts required to produce and build this aircraft are dramatically less than the number of parts needed to construct and build a similar airplane traditionally build in aluminum or wood. This results in significant lower production costs.

Only 15 main composite parts are needed to form the main structure.

The composites parts are manufactured in high-tech molds and the attention to detail during mold manufacturing ensures that only first class components are produced during the lifespan of the tooling. The high surface quality of the moulds and precise fitting of the parts means very few hours are needed to get it ready for the final paint coat which saves a lot of time and money.

The RangeR airplane was from the beginning designed to accommodate a modern Turbo Diesel engine which were originated from automotive us meaning it`s highly developed for reliability and low fuel consumption, that could lead to 30% less operational costs, 50 % less fuel consumption and 43% cheaper than Avgas (Dutch fuel prices) compared to engines that needs leaded Avgas fuel.

New engines have to be considered for the future of the RangeR to keep the aircraft up-to-date. 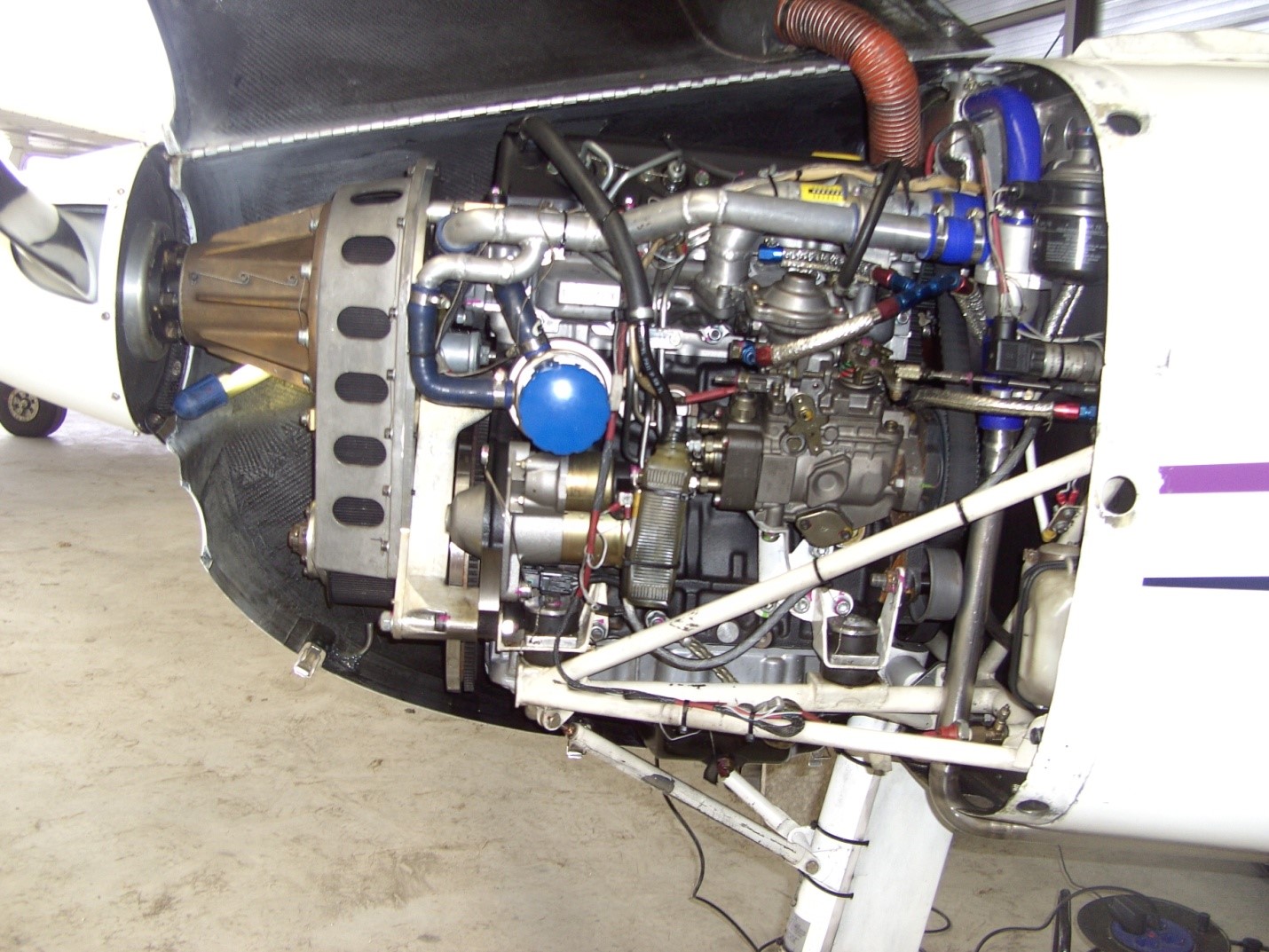 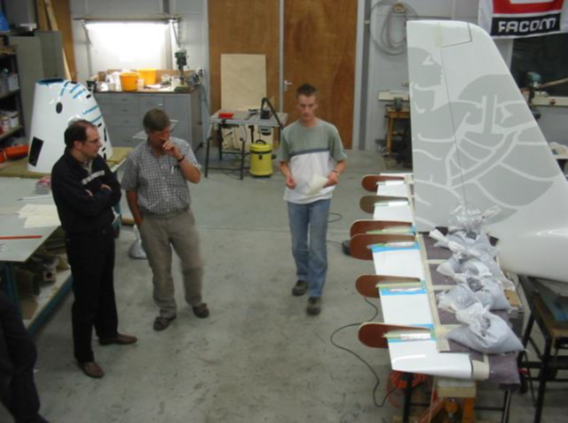 DAC has the necessary knowledge, skills and experience in house needed to adapt the latest Turbo Diesel  engines on the marked today for aircraft applications.

The structural design was outsourced to Aircraft Designs Inc. owned by the late Martin Hollmann, a well known design firm with an outstanding reputation. This company made detailed drawings and performed a complete structural analysis.

The prototype airplane has successfully finished the structural proof of strength tests and a comprehensive flight-test program has been flown and the prototype proofed to meet the criteria’s set in the conceptual design and compliance is shown to the safety level of the European CS-VLA standards.

The whole project is very well and extensively documented, consisting of reports of all structural testing, analyses, drawings and flight-test results.

Review and overview control during all phases of the design, development and testing was performed by external experts from: Technical University Delft, a diesel engine specialist, Dutch civil aviation authorities and TNO institute. Where upon the Dutch CAA issued a Certificate of Airworthiness.

This will assure a quick and less costly airworthy certification process in other countries. 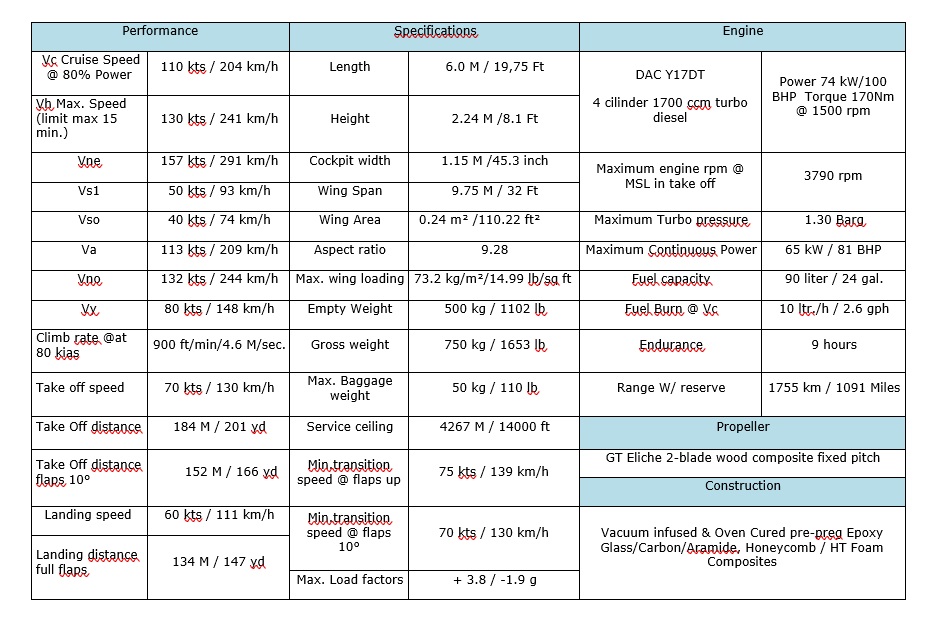